1) As far as you know, what caused the global stock markets plummet yesterday?

It seems like everybody is pointing their fingers at China now. It is easy to blame Chinese economy stock market for the worldwide stock market rout. But people do not realise that China's economy has been in a bad shape all this while. Their economy has not recovered ever since 2011. Last year, China stock market went berserk not because of the good economy. It went crazy because of their series of economic stimulus employed by the government.

But what is so different now compared to last year even though the economy has not improved? The difference is that nobody believes in the economic stimulus anymore!

On Wednesday after the close of trading in Chinese markets, the People’s Bank of China said it would inject $21.80 billion into the financial system. That follows the central bank’s interest-rate cut on Tuesday.

Yet Shanghai composite has dropped around 600 points from monday to wednesday.

However I would like to point out that this is a normal phenomenon of a bull market in its second phase. It is normal. Valuations have flown so high that it is not sustainable. The economical reports and earnings have not caught up with the pace of the stocks. Consolidation is needed.

My opinion is China is now in a consolidation phase. It needs to wait for the stimulus to take real effect and be reflect on the fundamentals. I am not worried about China bad economy now. With time, I am very optimistic it will get better. For long term investors, this is another great chance for those who missed the China runaway bus last year. You wouldn't want to join the bus when it is 5000 points again.

I think the recent uncertainty is not only because of China, but also because of the uncertainty of interest rate. Money is flowing out of stocks and commodities, assets that are considered more risky. However I do believe if FED chairwoman Janet Yellen give a clearer indication about interest rate next month, there is a good chance of a rebound.


2) In your opinion, what should retail investors do now?


Contrary to what others might believe, I still think that we are in a bull market. Fundamentally I can't see a bear market coming yet. The banks are in a good shape and are not over leveraging. US property prices are still far from its heights but improving. US interest rate is still kept at 0-0.25%, meaning liquidity is still in the market. China, Europe and Japan are still injecting funds into the market. China has pumped money on wednesday. You think that will be the last time we hear about injection of funds? Definitely not.

I would advise retail investors to do some homework to look for good growth stocks that still shows consistent earnings. These might be the stocks that bounce back quickly once the market panic is over.

- 5 Step to Consistently Pick the Biggest Winner in Stock market

There are many mistakes a retail investor make when selecting the right stock. In this seminar, Andy Yew, an experienced remisier and trader, will share his systematic method on how to eliminate the mistakes.

Has STI really recovered?
5 steps to pick the right stocks?
Money management rules to follow?
What sector to look at and which sector to avoid ?
Market outlook and individual Singapore stocks analysis using Technical Analysis

Yeah yeah China plunges 8.5%! But don't worry, it will come back up soon in September

A lot of friends are concerned about the market recently. Especially when everything now is linked to China economy and stock market crash.

My opinion is that bear market has not started. China stock market most likely will swing in a consolidation region we believe to be somewhere 3000-4500 for at least one year until June 2016! 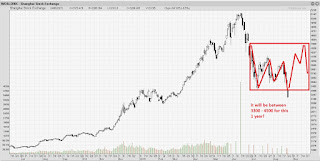 I know, I know YOU are worried! I also know 99% of analysts out there think that China stock market is dead!

But I am still optimistic about this market.

Once these few days panic is over, we shall see the whole world rallying again with China.

I am still trying my very best to be GREEDY when others are FEARFUL!

Not easy, but I try to!!  I am sure our buddy, Warren will agree with me on this now...

TRUST THE FED!! Trust Janet Yellen to sort this out in September! 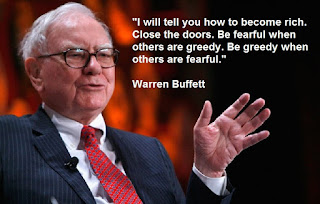 5 Step to Consistently Pick the Biggest Winner in Stock market

There are many mistakes a retail investor make when selecting the right stock. In this seminar, Andy Yew, an experienced remisier and trader, will share his systematic method on how to eliminate the mistakes.

5 steps to pick the right stocks?
Money management rules to follow?
What sector to look at and which sector to avoid ?
Market outlook and individual Singapore stocks analysis using Technical Analysis

FREE Seminar by Daniel Loh: Getting ready for a rise in interest rate in September! What should be your investment strategy?

<< Getting ready for a rise in interest rate in September! What should be your investment strategy? >>

US Dollar has been strong hovering near $100.
10 year treasury yield is rising.
Commodities has reached a low point.
Stocks are not doing that well and remain listless. KLCI and STI has been poor.
International funds are running out of China stock market.

How can you as an investor benefit from the rise of interest rate? Are there opportunities to make money from it? What are the stocks and sectors to watch out for?

Singapore Market recently does not show any professional players activity. At least Malaysia does. Here is one Malaysia stock that is definitely in my watchlist. 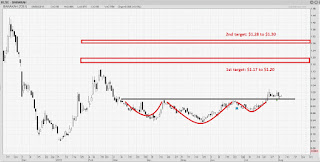