Recently I received an interview on the following questions on investment market situation and below are my answers:

Q1. Crude oil price dipped slightly following the Doha meeting because Iran refused to pump less. What do you think will happen the crude oil prices in the next few months then?

Crude Oil has bottomed at US$26 and probably is now in a bull market. You can see it from the oil price movement recently. It all started with the possibility of the oil price freeze suggested by Russia in February. Any bullish news now is going to push the price higher and higher. Any bad news like the rejection of Iran oil price freeze are digested easily by the market.

Even after the bad news of the Doha meeting following a 3 days drop in crude oil, it climbed from $39 to as high as $44.50 recently. The recent drop in China GDP figures from 6.8% to 6.7% did nothing to dent the price of crude oil too.

All the bad news have been priced in. Be it the big Iran oil supply that is going to flood the market or the slowing down of China Economy or the no deal in the oil price freeze.

However, what if in these next few months there is a breakthrough among the OPEC countries? What if there is a oil price freeze that occur without Iran? What if there is any sudden explosion of any oil fields? What if a Hurricane hit some oil rigs in US and stop production? What if Donald Trump who “propose bombing the hell out of ISIS” got the nomination to be the republican candidate to be the next US president?

Any of these news that occur may suddenly trigger a burst in the oil price in this market. Bear in mind that now, market is more sensitive to bullish news than bearish.

I do look forward by the end of this year that crude oil reach $57-$60 where it will face a big resistance. 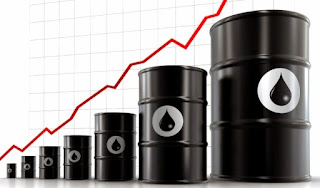 Q2. How will the oil prices affect the US Fed's outlook for the global economy, noting that oil prices played quite a huge role in the recent recovery in most markets?

However I expect all the dovish stance to change if crude oil price continue to increase in the next few months.

I have many times in recent interviews talk about my view that China economy might bottom this second half of the year and recover.

If that is true, I think US will need to increase interest rates much faster than expected next year.

Q3. Also, a few oil drillers have defaulted because of the persistently low oil prices. But big boys like Keppel and Sembcorp experienced rallies in their stock prices as crude oil price recovered. What would happen to them now, though?

They probably have bottomed in February just like the oil price. If oil price did continue its increase, I expect the oil stocks to continue its recovery. As I have mentioned at the end of last year and in February, I am bullish on oil & gas and commodities sector this year.

I do not mean invest now when a lot of oil and gas and commodities stocks have recently appreciated a lot. But if in recent months, those stocks start to consolidate, try to pick some up. Oil and Gas and Commodities sectors this year will outperform other sectors.

Q4. Noting that Asian currencies and markets have been performing well over the past month or so, will commodities and commodities dependent countries be affected too? How and why?

Yes. You are seeing commodities exporting countries’ currency have bottomed and been appreciating since January or February. Currencies like Aussie dollars, Canadian dollars or even Malaysian Ringgit have been strong in recent months.

We have stated even since last year we expect commodities to go into a super bull run this year. It has happened.

I am so excited about commodities this year. I have mentioned that this will be one of the biggest turnaround story of this year, and it is happening already! That is the reason the commodities exporting countries currency are appreciating.

There are so many investing opportunities now.

Singapore STI has run from 2530 to now 2940. In March when I was interviewed, we did give our views that we are bullish on STI this year because of China and commodities.

However we also pointed out that STI might reach a resistance at 2950-3000.

We continue to think so.

As STI has run so much in the last 3 months, my suggestion is wait for it to consolidate a bit first. Prices are high now.

We do expect Wall Street famous saying “Sell in May and Go Away” might happen this year as US market all near to all time high again.

My suggestion is short term go away next month and come back to invest again after the market consolidate. You can buy stocks at a discount. 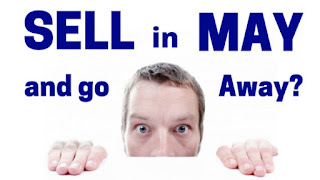 Come and find out about Daniel Loh's views, investment strategies and market tips!

You shall also learn:

1) Which index in the world might enter into a super bull run cycle in 2016 that can make you rich?
2) What is the prediction for STI in 2016 and will it continue to be bullish?
3) What are the Singapore stocks & sectors to watch out for in 2H 2016?
4) What are the Signs and Hints that have start to show China economy might be bottoming?
5) How can you make money consistently in the stock market?